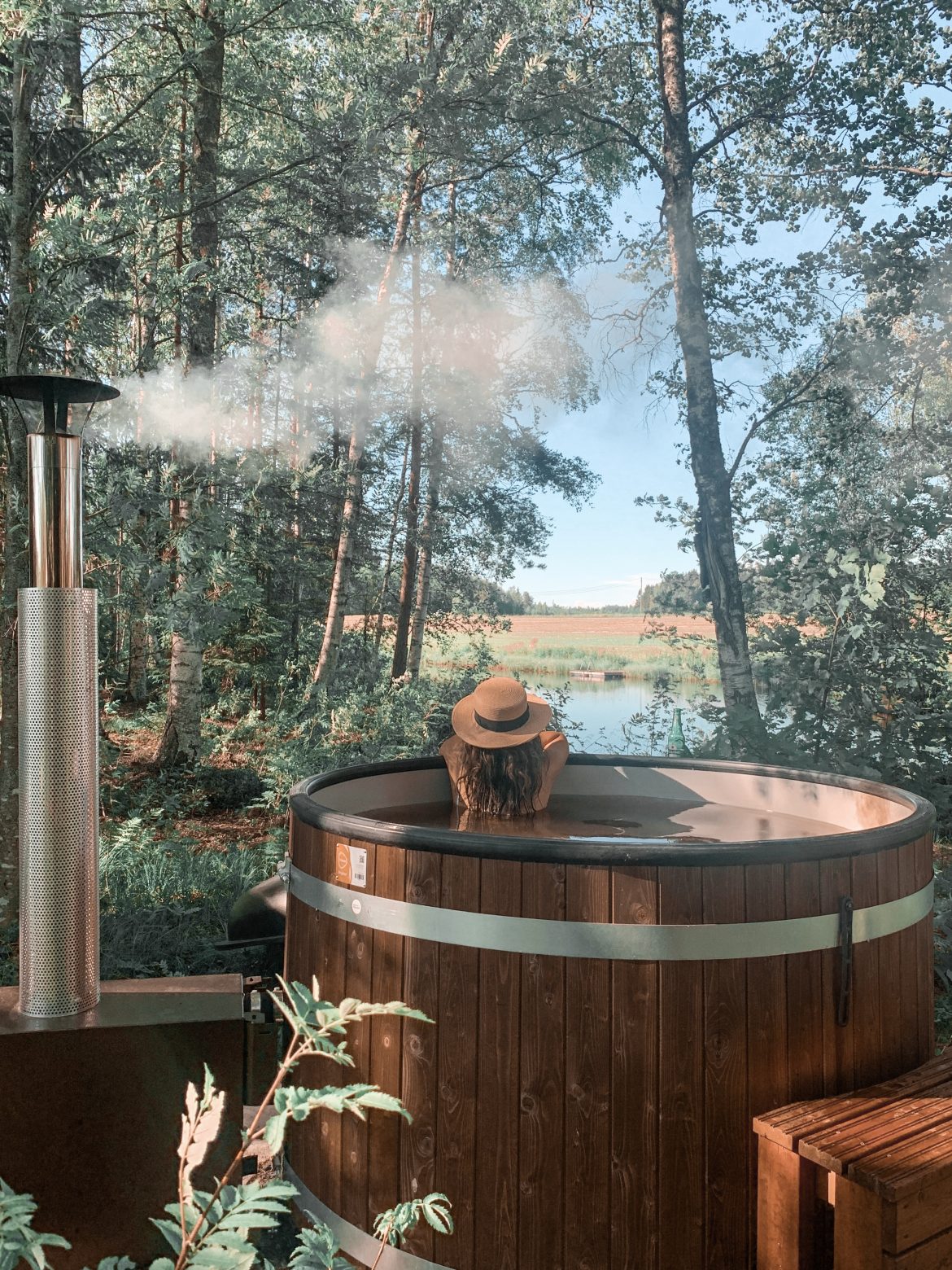 Midsummer, or summer solstice as Americans might know it, is celebrated by the Northern European countries to mark the longest day of the year. In Finland, the sun never fully sets that day and that Friday is considered a holiday so double awesomeness to have a 3 day weekend to fully enjoy it.

The week leading into Midsummer, I had my company summer party. I’ve worked for several companies in California, and we only ever had a Christmas party, so I was pretty stoked that in Helsinki, it’s pretty typical to have both a summer and winter holiday party. I asked Kimmo what the summer parties were like, and he said lots of drinking and most likely offsite activities that eventually lead to after parties. Well, he wasn’t kidding. We started the party at 10:00am and took a bus out to the middle of nowhere to do paintballing, bubble football, and inflatable sumo wrestling. Oh and did I mention beer was available immediately?

If you know me, I’m not much of a competitive sports person, but I did partake in one activity…

After the sweaty activities, the party bus took us to another venue, where a sauna, dinner, DJ, and surf simulation (think mechanical bull riding) awaited. Then as if that wasn’t enough, for those who wanted to keep partying until the morning, we had some tables reserved at Butcher’s Bar for more drinks and dancing. I’m totally down with this summer party tradition as it allowed me to talk to all the co-workers I normally don’t get to interact with and see them in a really relaxed, and informal setting. I definitely think the company party culture is much looser in Helsinki, at least at the company I work at. I dig it. Oh and if you want to see some footage from the party, my co-worker made this rad drone video.

Another pre-midsummer activity we did was renting out a sauna boat with friends. The sauna culture is already something pretty new to me, so throw that on a boat, now I’m really a fish out of water. The boat came with a captain, so no driving was required. It was pretty darn fun, but I was too much of a wussy to jump into the cold lake for a swim. The sauna was a bit smaller than we all expected, but we managed to squeeze 5 girls inside, and then the guys went after us.

For the actual Midsummer holiday, most Finns head out to their summer cottage, so if you happen to be a tourist in Helsinki during this time, you’ll probably notice the city is dead, and tons of things are closed. Luckily for us, Kimmo’s family cottage is only about an hour away from Helsinki. A lot of the Finns I’ve met in Helsinki, have to drive way further out.

Our midsummer activities included grilling (with veggies picked straight from the garden), reading, laying out in the sun, a sauna, a hot tub, and a whole lot of doing nothing, which in my opinion was the best part. There’s definitely something wonderful to being out in nature, disconnected from the city. One thing that tripped me out was how the hot tub worked. Kimmo’s Dad brought out a water pump that used water from the lake behind the cottage to fill the tub, and then we had to burn wood logs to heat it up.

When the summer first started arriving, it was weird to me how late the sun would set (I’m talking like 11pm), but I really grew to love it. Although, you do need some heavy duty blackout curtains for sleeping. The long days makes me feel like my weeknights don’t end after getting off work, and I love that. With my imminent first winter coming, the days will be opposite (almost no sun), so I’m just embracing all that summer has to offer. Here’s what I mean about the sun not setting… this is what it looked like outside the cottage around 2am. So dreamy!