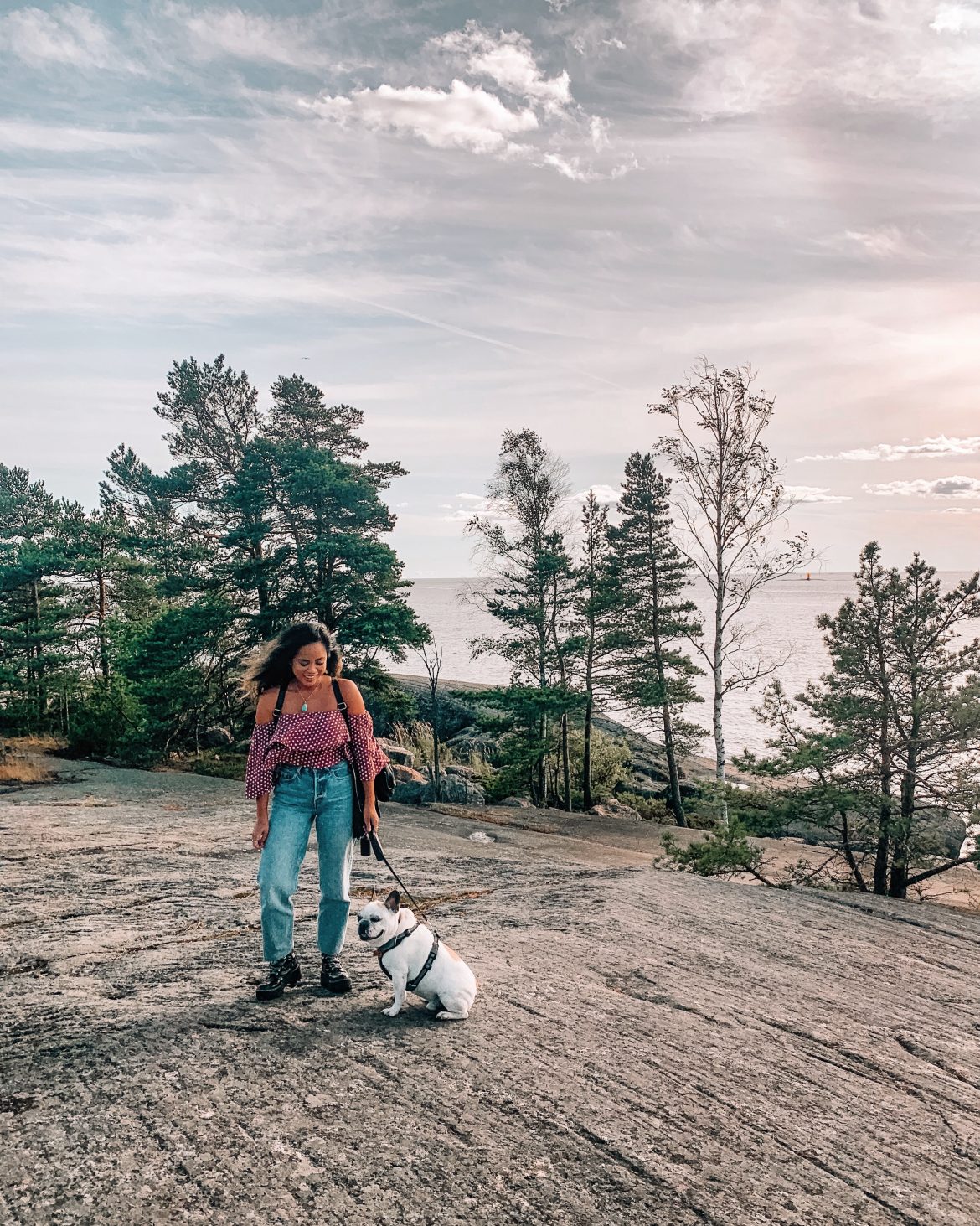 Reading your thoughts was a nice, refreshing start for this morning, thanks. To look at the bright side of Finland really is needed at wethers like the ones we are having now. Keep up the good work !

Hi Hanna! Thank you so much for your kind words about the article. I’m so touched that it was well received. Hope you’ll enjoy reading future posts.

I am so happy to hear that your experiences in my home city have been this positive! We are lucky to have you here, dear. <3

Are there Finnish things you would like to experience you have not yet tried out? Fishing Baltic herrings from the Lauttasaari bridge? Ice fishing? Making snow lanterns and ice lanterns? Perhaps we other Finns beside Kimmo could offer you something more.

Thank you so much for your positive feedback! 🙂

Yes there are so many things I don’t know about and want to try! This is my first winter here, so I wanted to make a winter bucket list! Would love to hear all huge suggestions. Kiitos!

I enjoyed reading your blog! It’s nice to hear that you’ve enjoyed your time here – we Finns don’t tell the good things about our country to others often enough.

I have to agree with the (missing of) light. Seems to get harder when getting older 🙁

I’m so glad you enjoyed reading my blog! I’ll share all the great things about Finland if Finns won’t 🙂

I’ve been loading up on Vitamin D and plan a few trips to get some sun. Hope you can do the same <3

Yeah the thing about Finland being the happiest country in the world has nothing to do with how happy we actually feel. The study was basically all about quality of life and society; what kind of chances people with different backgrounds have at life, access to education and healthcare and so on. Our suicide rate is the second highest in the world, Japan being the questionable winner in that category.
But hey, thanks for the very positive blog post, it was interesting to read what an “outsider” thinks of our country. And welcome to Finland!
Oh, and winters in Helsinki are miserable since there’s rarely any snow on the ground. All you get there is endless amounts of wet slush and general grayness. Winters get a lot more beautiful the more inland and North you go, although at the same time the amount of daylight goes down even more. But the white snow compensates for that quite well. This is turning out to be way longer a comment than it was supposed to be, so just enjoy Finland and have a great winter =)

Hi Aleksi! Thank you for taking the time to check out my blog and thank you for the warm welcome! I am definitely trying to mentally prepare myself for the cold and dark winters but I’m also excited to try some winter activities that I was never exposed to in LA. I’m slowly learning that the happiest country means more the highest quality of life, and I’m grateful to get the chance to experience life here!

Hello Audrey, a fellow Filipina here! I just applied for my residence permit and it’s still being processed *fingers crossed and hoping for the best..* I really enjoyed reading your blog, it is beautiful! It is making me really excited about exploring Finland very soon!

Hi Gigi! Thanks for taking the time to read my blog. I’m so glad you enjoyed it! What is making you move to Finland? I’m crossing my fingers and toes for you that it gets approved! If you have any questions about the process or Helsinki (not that I’m an expert), please feel free to reach out.

I’m sorry I didn’t read this sooner! What an incredible recap. I love hearing about all of your experiences. You are so observant and have offered great insights. I’m going to see how I can install magic cupboards of my own!

Haha, it’s seriously the best! Asians use the dishwasher as a dryer instead of a washer, probably because they don’t have a place for dry dishes haha! Thanks for reading Kell, missing you mucho!!!!

Welcome and enjoy! I hope to hear much more… Because of this miserable winter now, black, no snow, our family is going to travel to Mexico for almost 3 weeks to spend Xmas there for a change 😉 Happy Xmas to You <3 One day I would like to see LA, haven't been in USA.

Thank you so much! I’m actually heading to LA for 2 weeks for the holidays. Looking forward to getting a bit of sun. Which part of Mexico are you going to? You will enjoy, it’s on of my favorite countries! If you happen to be going to Tulum, I wrote a previous blog post on there with some tips. And when you make your way to LA, I will have lots of tips for you! Safe travels!