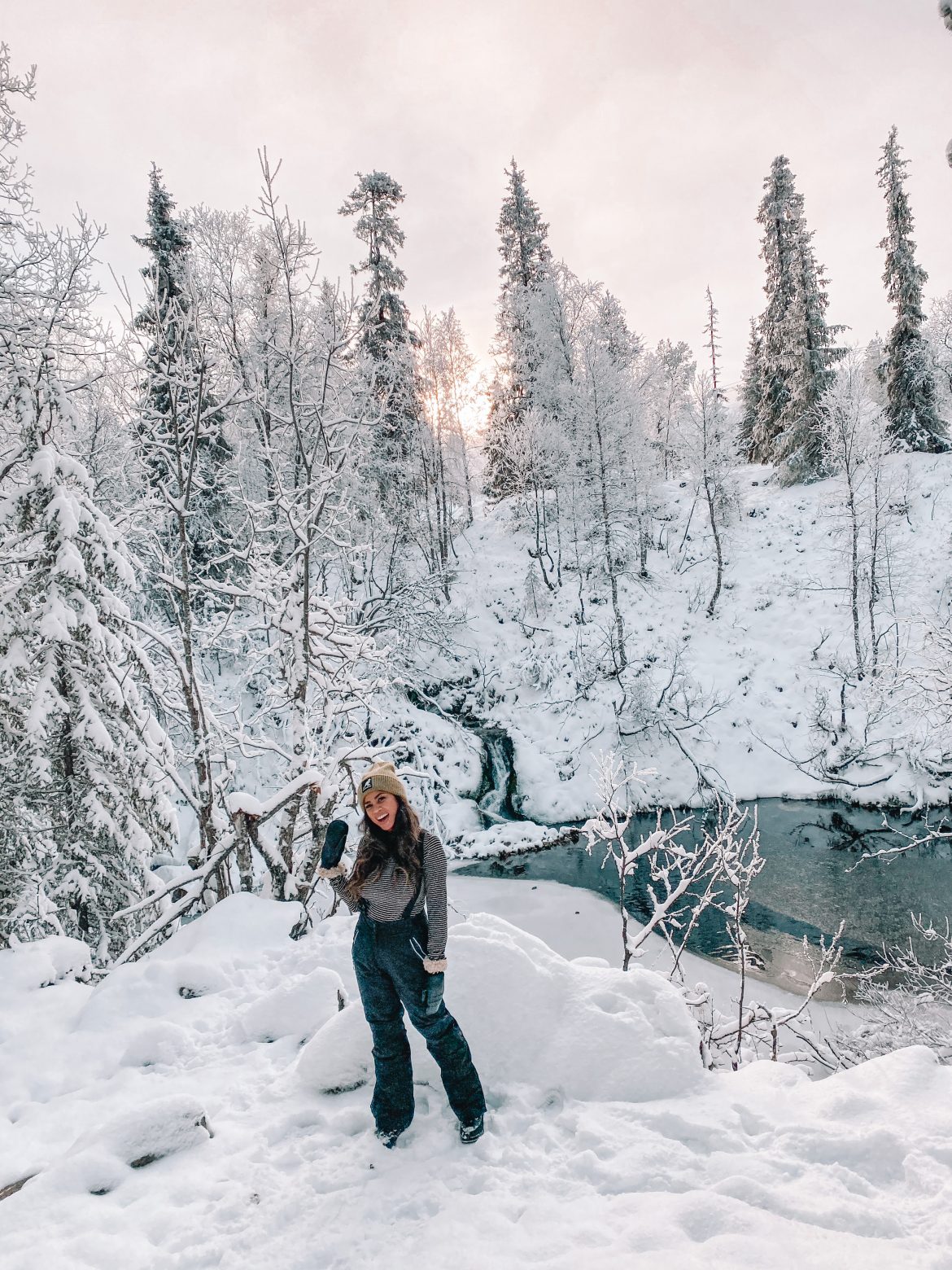 Even though 2020 felt like we all hit the pause button on life, it allowed me to slow down, reflect, and find beauty in my new-ish home, Finland. Although, I’m not so sure I can call it new anymore since it will be almost 2 years since I’ve moved here.

While it was really difficult not being able to travel back to LA this year (or anywhere else for that matter), it did allow me to explore Finland much more. And so far my favorite part of Finland to explore is Lapland. With over 100,000 km2 (38,000 sq mi) of area to cover, I’ve still barely scratched the surface, even after visiting there three times now.

I think when most people think about traveling to Finland, they picture glass igloos, fluffy snow, and reindeer. Well, what they’re picturing is Lapland! That or people confuse Finland with Norway or Sweden, like in the latest GM Superbowl commercial with Will Ferrell

I first went to Lapland 2 years ago, before I actually moved to Helsinki. For my first trip, I adventured to the iconic region of Rovaniemi. Since I already wrote about visiting Santa in Rovaniemi, I won’t write about that area in this post, but in case you are interested in visiting Rovaniemi, check out my previous post for some tips. For this post, I’m sharing my experiences and tips visiting the Levi and Ylläs areas.

A little geography lesson on Lapland

In case you’re not familiar with Lapland, it is the largest and northernmost region of Finland and its’ borders touch Norway, Sweden, and Russia. From Helsinki, it’s about a 9-hour train ride. The Arctic Circle crosses Lapland, which means if you go during the right times, you can catch polar phenomena such as the Midnight Sun and Polar Night. Whenever my friends send me a breathtaking Instagram photo or video of Finland, it’s usually from Lapland.

Because of its location, Lapland is sometimes considered as the interface between Russian and Nordic cultures. The indigenous people of Lapland are called the Sami, and they have inhabited the region for several thousand years.

I think everyone has missed traveling, but I’ve especially missed my girls’ trips with my besties back in LA. In fact, some of them had tickets to visit me in Helsinki this year, but COVID put a halt to that. So, for my 2nd trip to Lapland, I decided to rally a couple of the wonderful girlfriends I’ve made in Finland, and plan a girls’ trip to Levi.

We chose the Levi area for several reasons, but mainly:

We went to Levi in late September, which is not a really popular time to go because it was right after the leaves were turning, and too late for summer activities, but too early for skiing and other winter activities that Levi is known for. But, it was a good time to go during Covid times since it was practically empty everywhere, and also the rental prices were way cheaper than normal. We rented a 3 bedroom chalet, and only paid about €40 each for all 3 nights!

So what do you do in Levi during this time of year?

The first time I went to Rovaniemi, Lapland, I just assumed I’d be able to see the Northern Lights on one of the three nights I was there. I downloaded the Aurora app to try and track them and the first 2 nights it said we had a “0% chance” of seeing them. The last night there was a 1% chance (so you’re saying there’s a chance 🤣), but alas no dice.

So when I went to Levi with the girls, I didn’t want to get my hopes up about catching the magical lights. We didn’t see anything on our first night because it was too cloudy, but the 2nd night, there was about a 20% chance. We went to a karaoke bar that night, and still no signs in the sky. But around 1 am, one of my friends was outside smoking and chatting with some Finns and they pointed out some hazy green lights in the sky. They told her it was the Northern Lights but that if we wanted to see it, we probably needed to drive out of the Levi center a bit where there was no light pollution.

So, she yanked us from the bar and we hopped in a cab and drove out into the middle of the forest, and BAM! There it was. We didn’t see a rainbow of hues, but we saw beautiful streaks of bright green lights dancing in the sky. It was more breathtaking and magical than I imagined it would be. These pictures don’t quite do them justice, but they still give you a glimpse into what we witnessed. This was definitely the highlight of our trip!

The best part about summer and early fall in Lapland is the “midnight sun.” If you’ve never experienced this, add it to your bucket list! Summer solstice (or Midsummer as it’s called in Finland) falls around the end of June. This is the longest day of the year when the sun never sets. Anyway, if you’re visiting Lapland around this time, here are a few ideas that we didn’t get to try:

While the days are endless in summer, the winters are the opposite. The sun pretty much disappears for a few months but in its place is an abundance of fluffy snow. And that snow brings light and makes the landscape much brighter. For me, this is the best reason to come to Lapland and try things like:

Ylläs National Park in the fall

Pallas-Yllästunturi National Park (Ylläs for short) is Finland’s third-largest National Park. It’s about a 45-minute drive from Levi, so the girls and I took a day trip there to do some hiking. A fun fact about the park is that recent studies have shown that the air at Pallas is the cleanest in Europe!

There are tons of trails ranging from very easy to very difficult, so you can pick your poison. I loved the park so much that I went during my girls’ trip, and then again when I came back in the winter. We came about a week after the leaves started turning, but we were able to catch a glimpse of those beautiful fall colors or “ruska” in Finnish.

Ylläs National Park in the winter

And if the beautifully painted fall landscapes of Ylläs National Park were not beautiful enough, the dream-like snow made it look like an entirely new wonderland. For my 3rd trip to Lapland, Kimmo and I did a home exchange and worked remotely from a cottage in Ylläs for a week. I just had to take him back here.

Things to do in Ylläs

We recently discovered a home exchange service, so we were able to swap homes with someone in Ylläs, Lapland, which made the trip extra affordable. It was a beautiful cottage, and the perfect opportunity to take advantage of working remotely. Since I had to work during the day, we didn’t get to do too many activities, but honestly, I was perfectly happy just hanging out in the cozy cottage and a change of scenery from working fully remote.

Here are some things to do in Ylläs. Admittedly we didn’t get to do some of these since the ski resorts were not open for the season yet, but we did manage to try a few.

Being from LA, there’s an entire world of winter sports that I’ve never experienced or even heard of. Things like snowshoeing, long-distance ice skating, skinning, ice karting, and the craziest one of all, biathlon (look it up!). I mean I’ve heard of cross-country skiing, but I didn’t know it differed from downhill skiing and that there are loads of different types of skis.

In any case I had a bunch of winter firsts this trip:

I still haven’t stayed in one of those dreamy glass igloos or snow castle hotels, but I guess that means I’ll just have to take another trip to Lapland. This time even further north! Stay tuned! 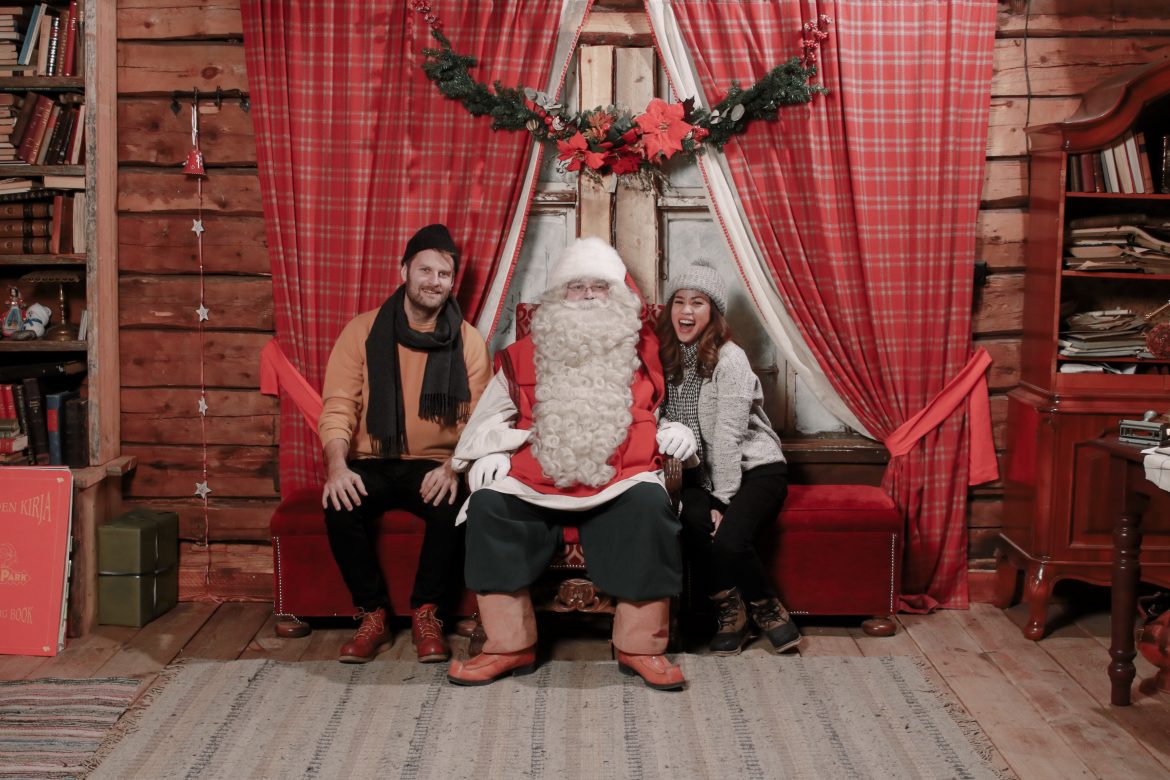